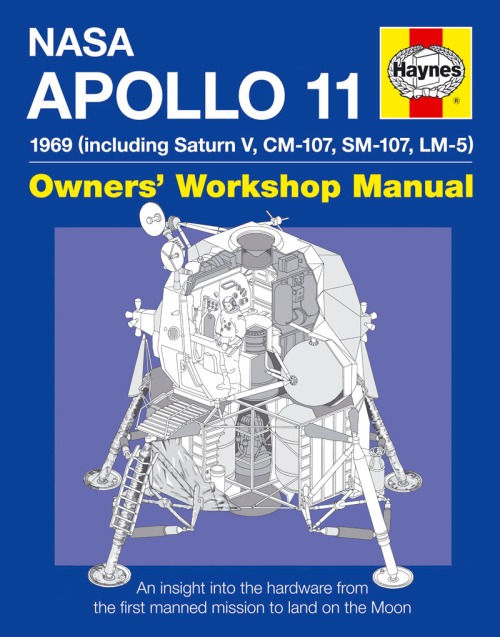 This Haynes manual looks at the evolution and design of the mighty Saturn V rocket, the Command and Service Modules, and the Lunar Module. It describes the space suits worn by the crew and their special life support and communications systems. We learn about how the Apollo 11 mission was flown – from launch procedures to ‘flying’ the Saturn V and the ‘LEM’, and from moon walking to the earth re-entry procedure.

What other exploded drawings could be put into a manual? Could the products of FATE be a manual to download and distribute via science commons?

This past September, Silicon Valley startup 23andMe took another step in its self-described mission of “democratizing personal genetics” when it slashed the price of its gene-scanning service from $999 to $399. Increasing its user base is part of the company’s goal of becoming a robust platform for web-based genetic research. And by starting to collect, compile, and compare phenotypic and environmental data from these users, 23andMe is catalyzing DNA’s move from labs to Facebook tabs.

23andMe.com has the feel of a social-networking website, but its users are sharing genetic information rather than photographs. For $399, you don’t get a full genome scan, but rather a look at 580,000 different single nucleotide polymorphisms (SNPs): the genetic variants most often tied to distinctive personal traits. Users can elect to share this information with family and friends via their site-based profiles. 23andMe’s competitors, deCODEme and Navigenics, have different price structures and focus on different selections of SNPs, but the basic premise of their services is the same.

To [George] Church, open consent isn’t just a philosophical consideration; it’s also a practical one. If the PGP (Personal Genome Project)were locked down, it would be far less valuable as a data source for research — and the pace of research would accordingly be much slower. By making the information open and available, Church hopes to draw curious scientists to the data to pursue their own questions and reach their own insights. The potential fields of inquiry range from medicine to genealogy, forensics, and general biology.

And the openness doesn’t serve just researchers alone. PGP members will be seen as not only subjects, but as participants. So, for instance, if a researcher uses a volunteer’s information to establish a link between some genetic sequence and a risk of disease, the volunteer would have that information communicated to them.

This is precisely what makes the PGP controversial in genetics circles. Though Church talks about it as the logical successor to the Human Genome Project, other geneticists see it as a risky proposition, not for its privacy policy but for its presumption that the emerging science of genomics already has implications for individual cases. The National Human Genome Research Institute, for example, has cautioned that the burgeoning personal-genomics industry, which includes research-oriented projects like the PGP as well as straight-to-consumer companies like Navigenics and 23andMe and whole-genome-sequencing shops like Knome, puts the sales pitch ahead of the science. “A lot of people would like to rapidly capitalize on this science,” says Gregory Feero, a senior adviser at the NHGRI. “But for an individual venturing into this now, it’s a risk to start making any judgments or decisions based on current knowledge. At some point, we’ll cross over into a time when that’s more sensible.”